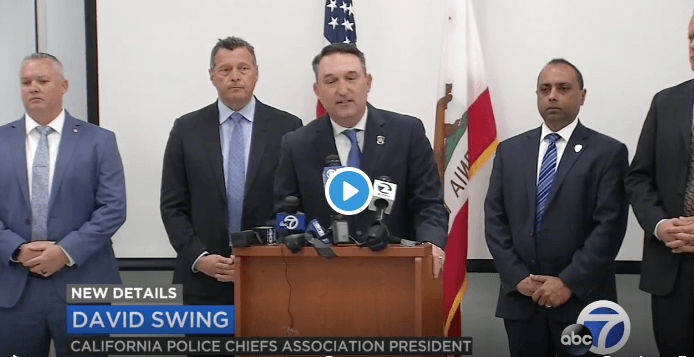 Posted by ABC 7 on April 9, 2018 - Law enforcement groups voiced their opposition Monday to a proposed bill that would raise the standards for police officers to use deadly force.Police chiefs say they are dumbfounded they were not included in collaborative efforts with the bill introduced in response to the Stephon Clark shooting in Sacramento.Police shot and killed an unarmed man in his grandmother's backyard.The proposed legislation would increase the legal standards of when deadly force can be used.It would only allow officers to use lethal force as a final option-when there's imminent threat of injury of death.